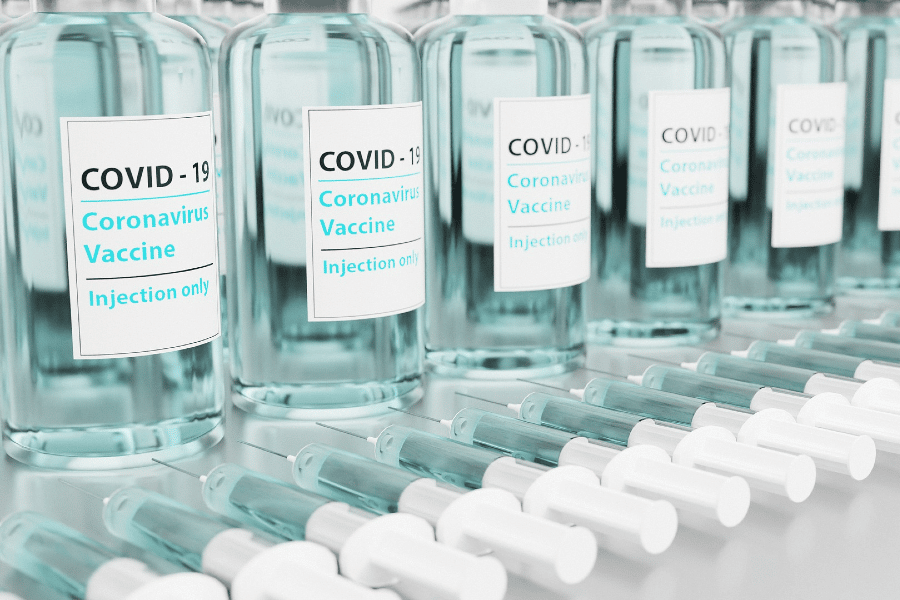 With diseases like polio and measles declared eliminated in the U.S. and smallpox eradicated worldwide, it’s hard to believe there was a time when these infections could be easily acquired. Many infections that once caused widespread illness and death are now simply anecdotes of the past, and at the heart of many of these successes are highly effective vaccines.

August is National Immunization Awareness Month, and in the midst of the global COVID-19 pandemic, there has never been a more fitting time to underscore the importance and impact of vaccines. Just two days after the virus’s identification and sequence was released by the CDC on Jan. 10, 2020, national efforts were directed toward the development of COVID-19 vaccines. Vaccine results in tens of thousands of people were analyzed and released over a year, and Emergency Use Authorization was granted by the FDA to allow for widespread distribution. Within months, vaccine supply outpaced demand in the U.S.

The quick timeline of the COVID-19 vaccine was achieved by building on decades of work by infectious diseases and vaccine experts around the world. In fact, the science behind the mRNA vaccines has been developed for more than a decade. And while COVID-19 is a new virus, it is similar to previous coronaviruses that jumped from animals to humans, such as SARS and MERS. This means our vaccine experts weren’t starting completely from scratch when it came to working on an effective COVID-19 vaccine.

Additionally, tremendous financial support from the U.S. government helped with faster vaccine development. By the end of June 2021, COVID-19 vaccination efforts had already prevented approximately 279,000 deaths and up to 1.25 million hospitalizations.

As we celebrate the life-saving superpowers of science, we decided to reflect on the history of vaccines, dive deeper into how they work and offer insight into why they’re one of the most important tools we have in the fight against infectious diseases – including COVID-19.

The first vaccine was introduced in 1796 by Edward Jenner, a doctor whose work is credited as the foundation of immunology. In the 1700s, smallpox – a highly contagious infectious disease that caused fever and skin rash and left large, permanent scars on its victims – was rampant. According to the CDC, roughly three out of 10 people who contracted the disease died. During the 1721 epidemic in the U.S., smallpox killed nearly 8% of Boston’s entire population.

Although a practice called inoculation, which involved introducing a virus into a person to stimulate the creation of antibodies, was often used at the time to try to protect against the disease, Jenner was one of the first to suggest that infection with cowpox might also create immunity to smallpox. Cowpox (also known by its Latin name “vaccinia”) resembles smallpox but is much milder, meaning inoculation with cowpox was arguably safer than exposing someone to a mild case of smallpox.

Jenner confirmed his hypothesis by scratching matter from the cowpox lesions of a milkmaid into the skin of another person. That person developed mild symptoms and, after recovery, was then exposed to matter from a smallpox blister. He didn’t get sick, nor did he spread the virus to anyone with whom he came into contact. Repetition of the experiment achieved the same results.

Despite being controversial, the “vaccine” spread rapidly – first throughout Europe and then globally. The vaccine is estimated to have saved millions of lives, and, thanks to the modern version of the vaccine, the last known case of naturally occurring smallpox occurred more than 40 years ago in 1977.

How do vaccines work, anyway?

Infectious agents like viruses can enter your body through various routes, including your nose, mouth and skin. Once inside, the virus inserts its genetic material into your cell. An infected cell produces more viral protein and genetic material which then infects other cells in your body. It may take your body several days to fight the infection by using several defense tools, some of which create antibodies that assist in destroying or neutralizing the virus. After the infection, your immune system remembers how to protect your body in case it encounters the same infectious agent again.

Vaccines work with the body’s natural defense tools to safely develop immunity to infection. Vaccines contain weakened or inactive subparts (antigen) of the bacteria or virus that stimulate a mild immune response without making you sick. Newer vaccines, such as mRNA vaccines, don’t even contain any weakened or inactive parts of the bacteria or virus – they just contain instructions on how to make a protein that can help trigger an immune response to help protect you from potential future infections.

Relying on naturally acquired immunity – which is immunity from having the infection itself – instead of vaccination can be dangerous, as some natural infections can cause severe complications and be deadly. This can even occur in some infections that are considered mild, like chickenpox and measles. Vaccines provide the benefit of acquired immunity without illness by prompting the immune system to make antibodies without getting sick.

Based on the type of infection and the way the immune system reacts to it, vaccines may take various approaches using different technologies to help achieve protection. For example, the newer COVID-19 vaccines (mRNA vaccines) only provide your body with instructions to create a spike protein similar to the one on the COVID-19 virus. This helps your body recognize the COVID-19 virus in the future and mount an immune response against it. After providing the instructions, the material from the vaccine is destroyed, and your body is trained to recognize and kill the protein if you’re infected in the future. Other types of COVID-19 vaccines known as vector vaccines use an entirely different virus as a messenger to deliver these same instructions to your immune system.

All vaccines undergo rigorous testing before ever being trialed in humans. Once approved by the FDA, vaccines are continuously monitored through routine testing and manufacturer facility inspections. They’re also tracked for potential side effects through a national safety surveillance system by the CDC and FDA known as the Vaccine Adverse Event Reporting System (VAERS).

Why are vaccines so important?

According to the World Health Organization, immunizations currently save between 4 to 5 million lives every year and can prevent more than 20 life-threatening diseases. Before vaccines, many children died from infections such as whooping cough, measles and polio. Vaccines protect against serious infections that can cause lifelong complications. This is especially important in an increasingly global community that thrives on travel.

Vaccines are particularly important in childhood. Immunity that is passed to newborns from their mothers disappears during their first year of life, and a child’s body may not be strong enough to fight off infections on its own. It is always safer to vaccinate a child than to treat them for an illness that could have been prevented. Vaccination also helps to protect the health of our community, especially those people who cannot be vaccinated due to their age, allergies or weakened immune systems.

Aside from saving lives and keeping us healthy, vaccines can also save you money by preventing costly visits to the doctor’s office or emergency room, hospitalizations, expensive treatments and time away from work.

Vaccines are one of the most powerful tools available to help you live a long and healthy life. Vaccination not only protects you, but it also protects members of your family, community, workplace, school and neighborhood, especially those who are most vulnerable to infection. Luckily, the work of infectious diseases specialists will continue to protect us all from existing pathogens as well as new ones that have yet to emerge, better preparing us for the next pandemic and beyond.

By supporting the IDSA Foundation, you’re investing in the future of ID medicine. Learn more about how your gift can support ID specialists on the front lines of the COVID-19 response and beyond.