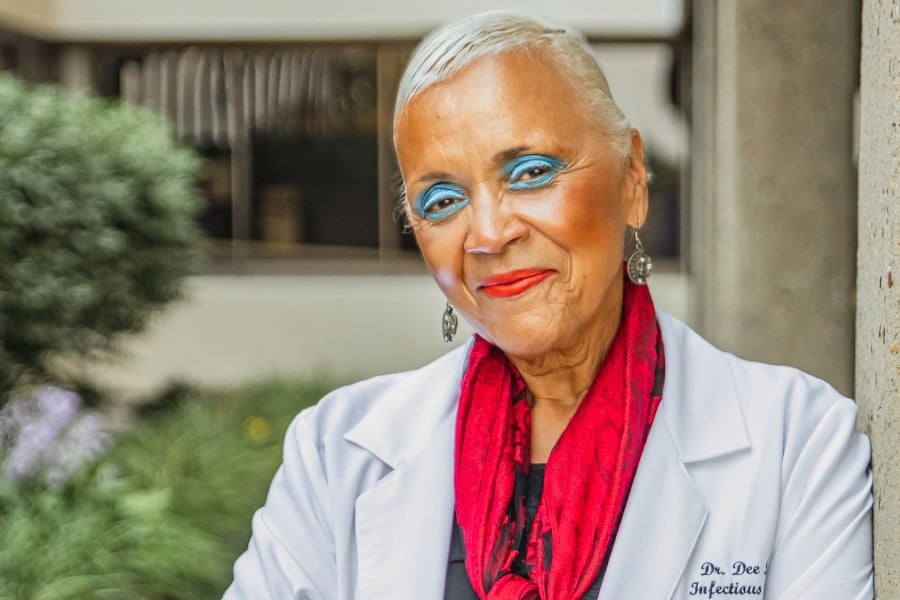 In April 2020, Virginia Banks, MD, MBA, FIDSA, was giving a talk on COVID-19 to the National Association of Black Journalists chapter in Cleveland, Ohio, when a question stopped her in her tracks: “Are you aware of the disparities in COVID-19 cases among African American and Latino populations?” they asked.

An infectious diseases specialist in Youngstown, Ohio, Dr. Banks had spent so much time in patient care trying to give people the best outcomes that she hadn’t had time to notice the trends, which were happening on a state and national level.

“We were working fast and furious. Patients were coming into the emergency room really sick with signs and symptoms that we hadn’t really seen, and then they were dying quickly,” recalled Dr. Banks. “This was a new disease we didn’t know anything about. At that time, we didn’t really have time to notice gender, race, ethnicity or anything – we were just trying to keep people alive.”

The disparities were startling but not surprising, as Dr. Banks knew from her 47 years of experience in the field that pandemics tend to follow the fault lines of social determinants of health, like access to health care and housing. She immediately got to work amplifying her findings in the best way she knew how – by bringing them to the attention of people who had “signature authority” and who were well-positioned to ignite change.

Dr. Banks is an ID hero, bringing health equity into the national spotlight and sounding the alarm on the pandemic’s effects on health care workers.

With the blessing of the IDSA and IDSA Foundation, Dr. Banks and her colleagues in IDSA’s George W. Counts Memorial Minority Interest Group – which focuses on minority issues and achievements in the field of ID – penned letters to the Congressional Black Caucus and leaders of the U.S. Senate and House of Representatives, asking them to elevate and address the issue. Dr. Banks also made use of her public platform to shed light on the disparities during local and national media interviews and webinars.

“I’ve always had a social responsibility edge to myself – maybe I got it from my mom who is now 103 and still very politically active – but that’s how I grew up,” said Dr. Banks. “I think I should use my platform as an African American leader in the infectious diseases society who comes with some authority and background to educate those individuals who can affect change and make policies.”

What began as an effort to spotlight disparities in case counts and deaths among underrepresented populations has now shifted to public health education of vaccine hesitancy among certain groups. Vaccination rates among Black and Latino communities are lagging. Instead of seeing those numbers as a failure, Dr. Banks views them as an opportunity to “step up our game.”

Because of her constant presence on local television news, Dr. Banks likes to think of herself as the Sanjay Gupta of Youngstown. She likes being known as a trusted messenger and – as she is affectionately referred to on elevator rides and in grocery stores – as “that COVID lady.”

When people tell her she should be paid for the amount of time she spends participating in interviews, she disagrees, arguing that she does it not because she feels a professional responsibility but because it’s her passion.

“I was trying to figure out why I am still working and not retired. It’s because this has become my calling,” said Dr. Banks. “There were some days during this pandemic when I worked harder than I did as an intern back in the 1970s at University Hospitals of Cleveland, and that’s saying a lot.”

“We didn’t just have COVID patients,” she pointed out. “Other diseases didn’t stop because of that.”

When it comes to the pandemic, one thing she feels needs more attention is the well-being of doctors and nurses, who have been tirelessly battling this virus on the front lines for the past 18 months. When she was asked to lead a COVID-19 unit in the early days of the pandemic, she was concerned for her own safety due to her age. But still she persevered, knowing that as an ID doctor, she couldn’t do her job well if she was afraid of infections.

And infection wasn’t the only health risk – the stress and overtime that came with providing quality care often meant neglecting her own physical and emotional health.

“Nobody talks about the nurses who had to leave their kids and the doctors who had to work long hours with nobody to talk to other than your own colleagues, who sometimes didn’t want to talk because they were tired,” said Dr. Banks. “Nobody is running to me asking if I’m having any mental health issues, and I think there should be somebody to ask me, ‘Dr. Banks, how do you feel? How has it affected you?’ I have continued to say that whenever this is over, we’re all going to come out of it with some amount of PTSD.”

When it comes to future pandemics, Dr. Banks feels we’ll be better prepared because we won’t be “asleep at the switch.” But she feels that the luxury of living in a developed country with world-class health care instills a dangerous sense of invincibility among those who don’t understand the science behind infectious diseases.

“I think we as Americans still walk around with this arrogance thinking it won’t happen to us,” she said. “Our trouble right now in getting people vaccinated shows that there just isn’t a lot of fear.”

For more COVID-19 stories from the front lines, check out our latest annual report.